Thank you to the author for sending me this in exchange for a completely honest review. I can assure you, as with all B+S Book Reviews, there will be no BS over here.

I give this book 3 hearts… Really, it should be a 2.5 because it just wasn’t for me at all. However, I’m only rating with whole hearts from now on, and it’s closer to being a 3 than a 2.

Witches reminded me of a Coven-based “Underworld” where the witches are the Vampires and men in general are the Lycans. The Lycans in this story, however, didn’t make you want to literally tear your own clothes off as they did in the movie. In fact… every man in this story made you want to vomit.

The witches were sexy, magic-wielding badasses who took no shit from any man… like literally. These women were the chosen ones, bred from the loins of the world’s lowest and most despicable men and their weak and dependent counterparts. These low-life men were imperative to keeping the witches’ bloodlines alive, however. But the price that these men and their families had to pay to sustain the witches, creates a ricochet effect that could possibly bring the entire coven down.

Considering this book was about one of my most favorite subjects in the world, I am sad to say that Witches just didn’t bewitch me as I hoped. I found the book to be full of too much typical, cliche male fantasy that overshadowed much of the potential storyline that begged to be unfurled.

I know, I know… the book is only 145 pages, and that doesn’t leave much room to give as much story as you would want if it’s getting good. However, if you know that you only have a limited amount of pages to tell the story, make it count. It’s imperative to not waste space on anything but getting that storyline out before the climax, and maybe a little more after if you plan to link it into the next book in a series. Because there was so much fluff in the place of actual real, plot-moving content, Witches fell flat and sizzled worst than the poor rats in this book who suffered a similar fate.

How is this even a heading? Like… never in any of my blogging dreams did I think I would have a heading that would leave you with so, so many questions. But… here we are…

If your jaw dropped when you read that heading, then you can get a glimpse into my world when I was reading this book. There was so much rape. If the characters weren’t engaging in it, they were constantly thinking about doing it, which was insane to me.

The Witches were placing men under “seductive, sedative spells” so that they could take advantage of them and place their magical, witch mojo inside of their baby-making sacs. The men would then go home and impregnate their wives, thus, creating more witches (only females). How they put the mojo inside of the sacs was left up to debate, but I’m thinking a solid swap of fluids through the genitals is the best way to make that happen. Bleh…

The antagonist in the story is a man who hates women (for good reason I must add), and his way of payback is rape. Not only does he rape the women who make him feel less-than, but his big picture goal in the story also involves him raping witches to continue his magical bloodline of evil.

The hate between the sexes was so palpable I could thickly spread it on toast and give myself heart disease. I mean, there was no love between the X and Y anywhere to be found in this one. The witches treated the men like the trash they constantly described them as, and the men were always cheating and abusive.

The women were superior on a dual spectrum. On one hand, the superiority was shown through the witches as they looked down on men as playthings… like the dirt beneath their shiny black boots. Men weren’t able (or at least thought not to be able) to wield magical abilities and therefore inferior by nature.

On the other hand, the antagonist, a male, viewed their superiority with disgust and pure envy. He felt that they had too much power and control. He was fortunate enough to be a glitch in the design and was able to control magic as the witches do, thus being the first male to enact male supremacy on the witches. He again only did this through his penis and by beating them with his superior magic when he couldn’t make them submit to the rape.

What was good about the book:

The storyline had great potential. Phil Stern actually created a different type of witch than the typical coven we’re used to seeing… he gave them more edge. They weren’t modest, but very conceited about being a witch. They were always ready to kick some ass.

The parallel universes that the witches were able to navigate freely between (if they were advanced enough to learn the names of the various worlds) was a pretty cool concept as well. I’m a big geek when it comes to things like this, so it was definitely a nice touch.

The action/fight scenes were well-executed. I was able to read them with much enthusiasm and the scenes unfolded in my mind quite effortlessly without being overly cheesy.

What was bad about the book:

Too much focus on the witches’ appearances made the book feel cheap. I wanted to see what made these witches magically unique from one another. “Which witch had this special ability, and which had that one.” Instead, you only get that they were physically and athletically strong and skilled in some supernatural ways, but most of all they were pretty blondes, redheads, and brunettes with green eyes and cascading hair. Oh… let’s not forget their petite frames…

Some of the pieces of the story that I was really interested in hearing more about were short-lived. No spoilers, but parts that could’ve turned this book into a real winner were quickly looked over and/or rushed, and the results were devastating to the plot.

I did enjoy getting a nice break from the PG YA Fantasy that I’m used to reading. It felt nice to feel like I was reading “grown-up” material, but still fantasy.

Maybe Witches is a winner for someone else, but for me… I found it almost hard to finish. This one is going to be a no-go for Bri.

Phil Stern is a former journalist and talk show host who has also worked in the renewable energy field. Currently, he splits his time between New York and Florida. 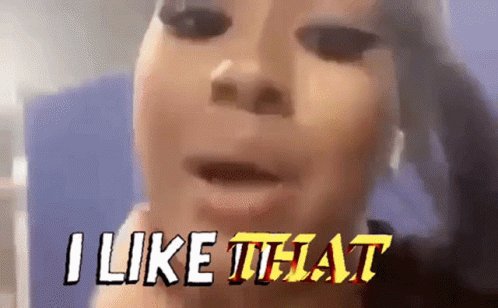